Archie is an 8 month old boy who has recently arrived from a distant shelter.   This boy likes to look around when he is being transported in our van.   Although we initially placed him in a crate safe for traveling, this guy worked his way out and sat on top of the crate for the ride.   A secure home with high fencing is needed for Archie.   This boy likes to see the world!

He and Veronica  were originally adopted from the Apple Valley shelter as puppies.  They were not related, but went to live in the same home.  Several months later, they were returned to the same shelter due to “moving”.  GSROC didn’t want to see them split up, so we rescued them both.

Recently we introduced him to a cat.  He did not appear to be interested in the cat. 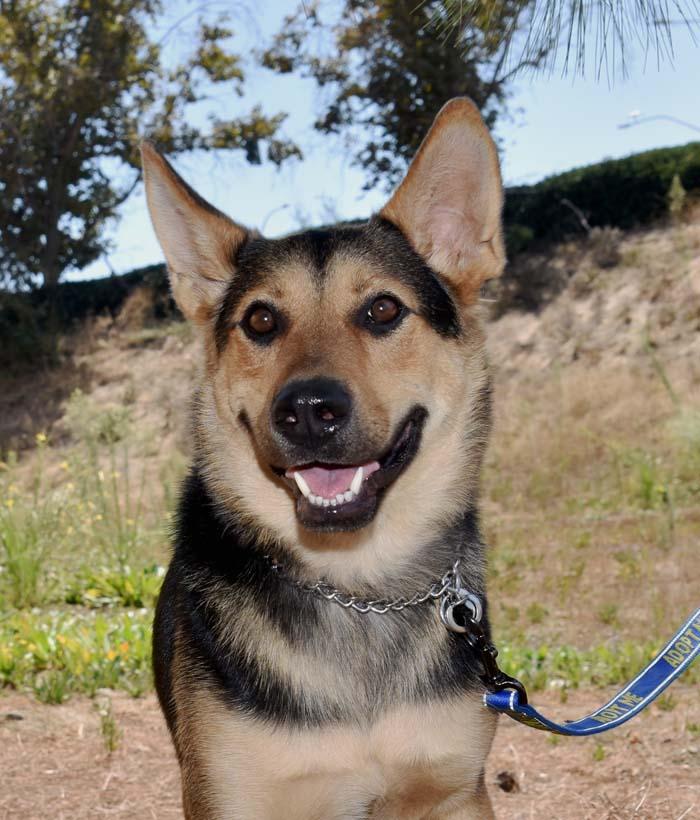 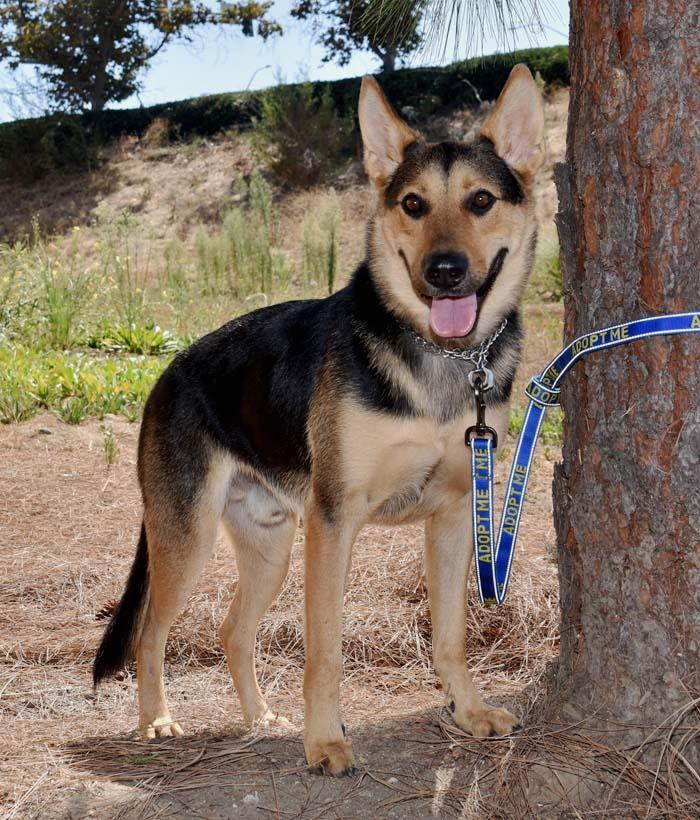 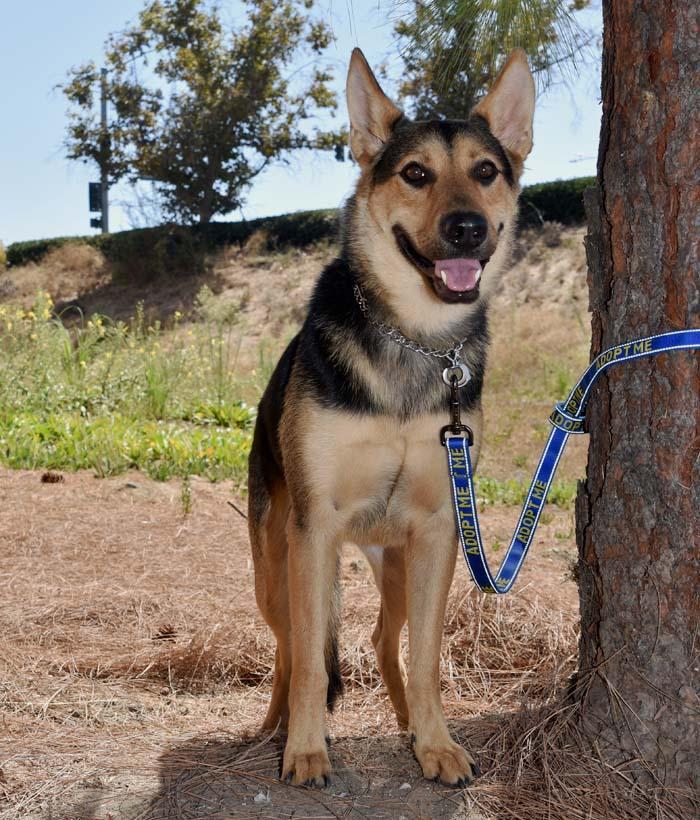 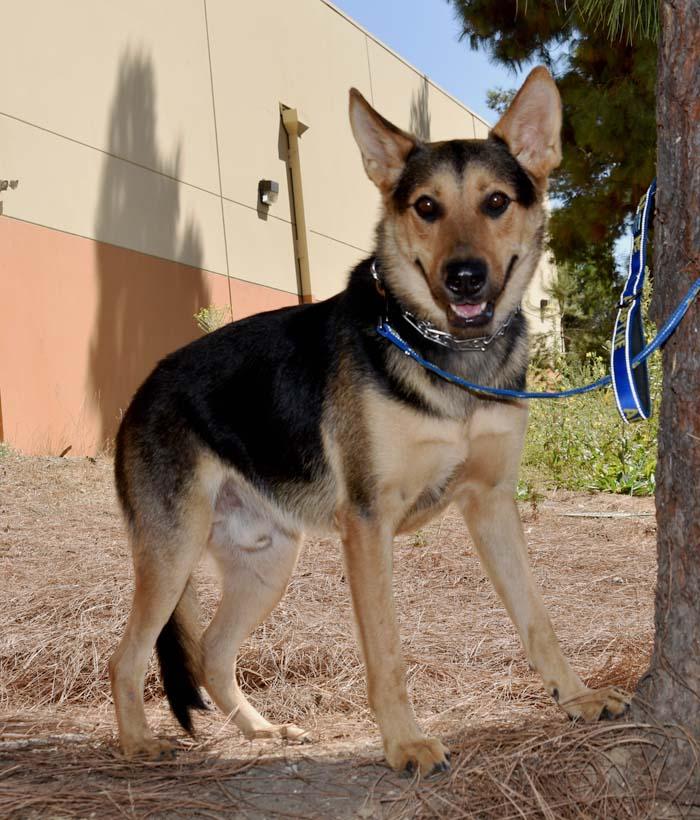 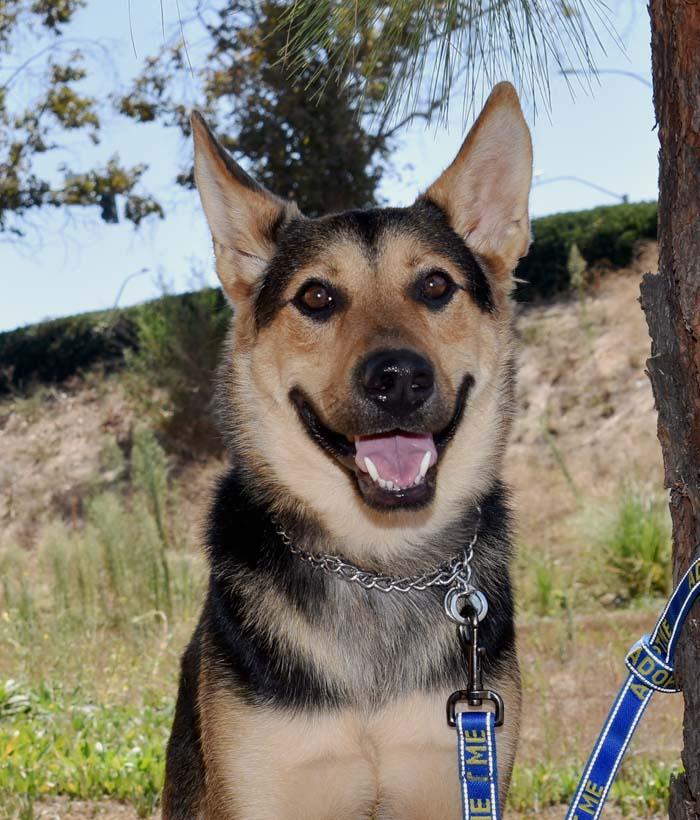 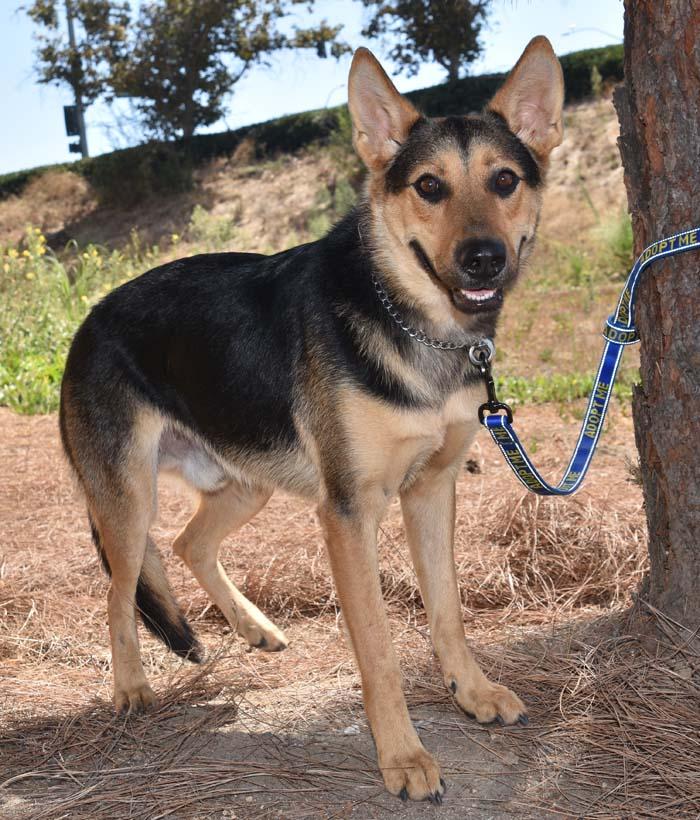