UPDATE: DECEMBER, 2019 – BLAZE is doing much better now.   He has recuperated from his surgery and is ready to find a home of his own.  Blaze gets along well with other dogs and is always willing to help dogs relax.

UPDATE: OCTOBER, 2019 – Blaze is a volunteer favorite, so you can imagine their distress when he started feeling poorly.   We rushed him to our vet who assessed him and immediately recommended surgery.   Although funds are low, we could not say no.  Our vet suspects cancer, but we are not certain yet.  A biopsy was done, but we do not have the results yet.  Can he count on your support?

Seriously, we can’t make these stories up! 7 year old Blaze is a sweet, shy boy who was dumped in the desert. Left to live on his own during one of the wettest winters on record in S. Ca. He was living in a wash and finally got so hungry, he came out looking for food. A kind animal lover started feeding him but was unable to lure him to safety. Blaze was terrified however she was unable to easily capture him. He lived in the desert for over three months. Finally a professional trapper was brought in to catch him. Once Blaze was safely in the crate, GSROC was contacted.

Blaze came to GSROC very quiet and fearful.   Our GSROC volunteers have worked with him to decrease his fear and help him to learn how to have fun.    Blaze loves other dogs and often helps other new dogs get over their initial fears and anxieties.   According to some of our volunteers, there is not a dog in this world that he wouldn’t consider his friend!

Blaze comes up and asks for treats from those people he knows.   He will even sneak a kiss from some of his favorite volunteers.   Blaze is still fearful of strangers and leery of them, especially if they do not have a doggy pal with them.   Blaze is a strong guy who walks well on a leash.   We are looking for funds for his boarding as he will be with us for a long time as we work with him.  Blaze has made progress thanks to some very dedicated volunteers, learning to walk on a leash and to approach new people without fear.

Recently we did a DNA test on Blaze as some were questioning what type of dog he is. Well, what a surprise! The DNA results show he is part Alaskan Malamute, part Sharpei and part Pekinese! Who would have guessed that?

Please send in your pledge if you would like to help sponsor Blaze’s boarding costs. 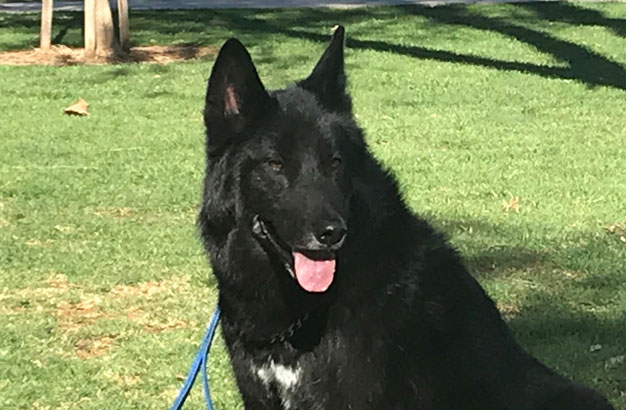 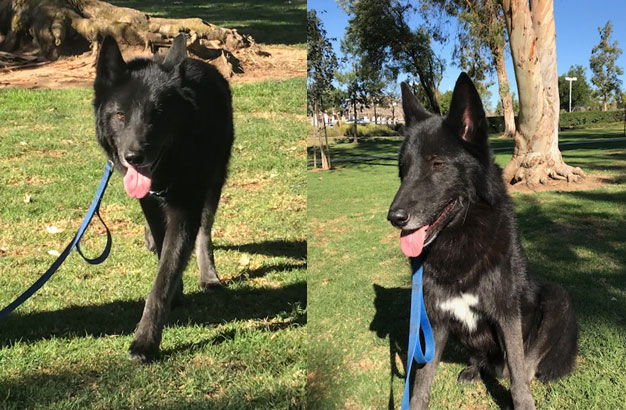 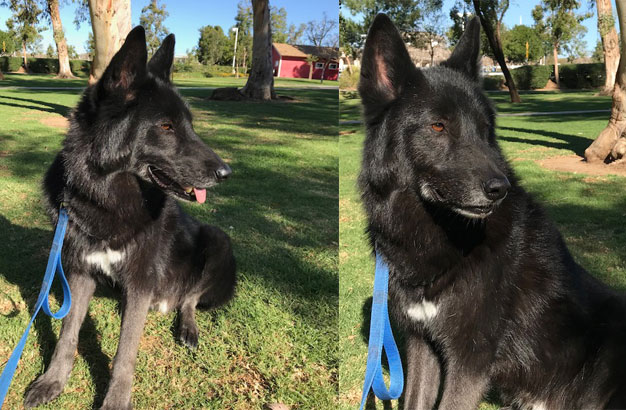 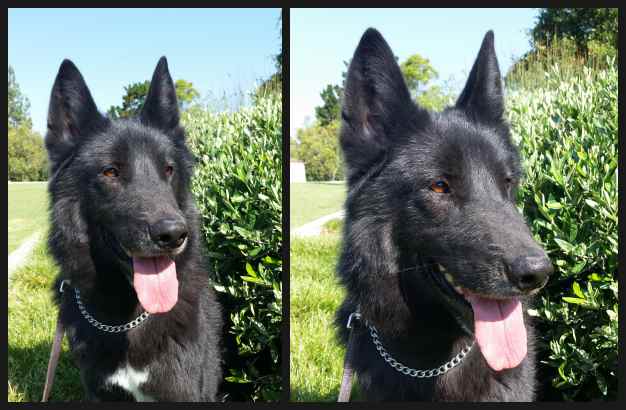