April 22, 2013 On Monday evening, a young German shepherd puppy died from a bullet wound to her head. The puppy, dubbed "Tonya," by the German Shepherd Rescue of Orange County, was dumped in a night drop box at the Riverside, Calif., Animal Shelter over the weekend. Whoever left her there, did so knowing that the ten-week-old puppy had been attacked, and that she had a bullet in her skull. The shelter staff discovered the critically injured puppy and called the rescue agency for help. Representatives from the rescue organization sprang into action, rushing Tonya to the Yorba Regional Animal Hospital. Despite the veterinarians' best efforts, Tonya was too gravely wounded to save. The bullet was lodged behind her eye and she was too weak to undergo surgery. According to the veterinary staff, the bullet had impacted her brain function, and the only humane thing to do was to let her go peacefully. The grief-stricken rescue organization updated their Facebook fans on Monday night with the devastating news: We are so sorry she could not be saved - but she died surrounded by love and people who wanted the best for her. A representative with the rescue agency has stated that the shelter has been asked to review their surveillance tapes to see if there are clues as to who is behind this heinous act of cruelty. 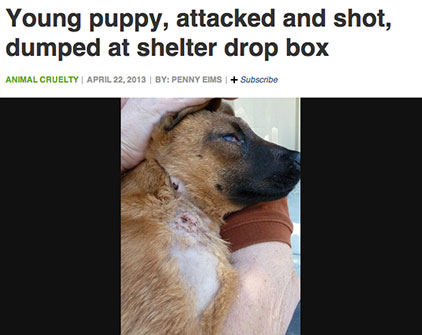 Puppy at California animal control killed, despite pleas from rescue to save

April 3, 2013 On Tuesday, a young, German shepherd puppy known by his identification number, #A556527, was killed at the Devore Animal Shelter in San Bernardino, California. The puppy, dubbed "Trooper," posthumously, was killed by the facility, despite one rescue organization's willingness to take him into their care. The German Shepherd Rescue of Orange County was both willing, and able, to take responsibility for the pup, but the facility advised them that he had just been diagnosed with parvo. Though parvo is serious, it is not always fatal. Despite the puppy's dire diagnosis, the rescue agency was still willing to take full responsibility for the puppy. The rescue agency's volunteers advised the shelter staff that they would transfer Trooper to a veterinary hospital and that they would take on all related veterinary expenses for his care. One would assume that a facility would be grateful for the offer, but alas, that was not the case for little Trooper. According to Maria Dales, Director of the German Shepherd Rescue of Orange County, the shelter supervisor, Doug Smith, refused to relinquish Trooper because he was technically under a "stray hold." Rules typically dictate that puppies, or dogs, can be released on a medical waiver to an approved rescue agency, but according to Dales, Smith denied the waiver. Adding insult to injury, not only was Trooper not released to the rescue agency, but the shelter facility opted to put him down before the stray hold was up because of his supposed diagnosis of parvo. 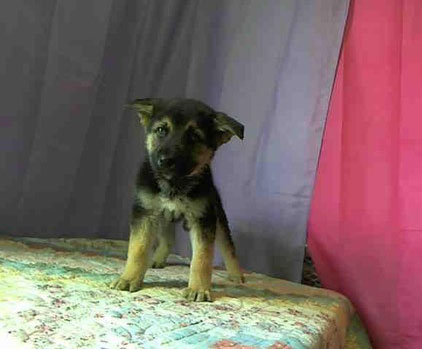 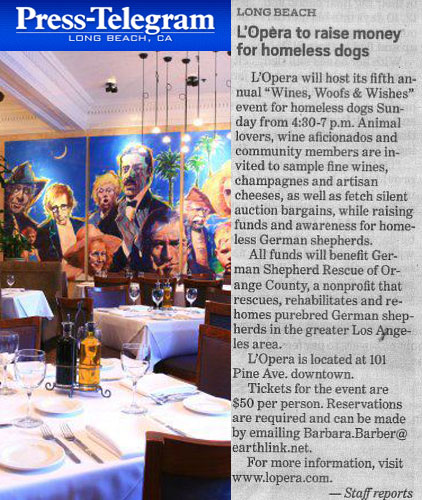 Jan. 31, 2013 Strong and sharp, the German Shepherd — a breed that has stolen the hearts of Americans with its loyal and energetic temperament. Shepherds are easily trainable, which is why this breed has starred in movies and served as police dogs or search-and-rescue pups. 2011 Ranking: 2 Famous Friends: Rin Tin Tin IV (Rin Tin Tin), Read more: http://newsfeed.time.com/2013/01/31/long-live-the-lab-the-akc-names-the-10-most-popular-dog-breeds-for-2012/photo/usa-utah-salt-lake-german-shepard/#ixzz2KBJVNqmK 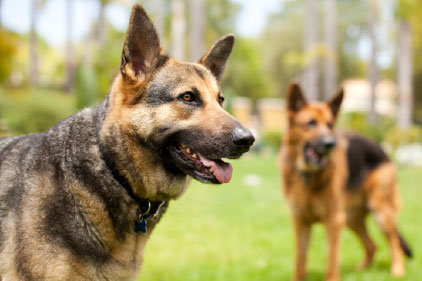